How to not get into trouble writing custom reduction operation (.reduce()) on (parallel) streams with Java 8+ (including Java 14).

Recently…, well this article has spent years in my freezer for the blog posts. Originally, I have encountered this problem back in 2014 while preparing my Java 8 training session (recently renamed to Java - functional thinking ). Then, I noticed that it is possible to achieve interesting results writing a custom reduce operation implementation when a parallel stream is used. For various reasons, the partially written article was waiting for its completion around 6 years. Time flies, however, the case is still valid with the latest - as a time of writing - Java 14. So, let’s check it out.

As a short introduction, a reduction operation (also called a fold) takes input elements (here of a stream) and collects them into combined summary result. Some well know specialized reduction variants, available in the Stream API, include, inter alia, sum(), min() and count(). Nevertheless, we can write our custom, non-standard reduction operation (if needed).

Let’s assume we would like to concatenate a list of numbers into a string. A case which could be easier to achieve in other ways, but simple enough to do not focus on realized logic, but rather a nuances of a reduction operation itself. A reduce method on stream can be used:

Very compact and does its work. Numbers are concatenated. Similar implementations are common in internet and everything is ok unless you try to use it with the parallel stream:

This test fails with the assertion error similar to that:

It looks strange. Very often incomprehensible things are caused by some race condition in the parallel code which matches parallelStream(). But first let’s analyze what happens in a reduction operation step by step (if you are savvy in sequential reduction operations skip to the subsequent section).

The new StringBuilder is used as an initial value (identity). For every element from an input list the second line in reduce will be called ((acc, x) -> acc.append(x)) with acc (an accumulator) containing concatenated already processed elements and x the current number. x is appended to the previously concatenated elements.

From the algorithm analysis, the expected values in subsequent iterations should be as follows:

Is this ok? Let’s verify it in code.

We slightly complicated the code, but it is only for the test (debug) purpose. The output is as expected:

Let’s skip for a while the log from the combining operation (line 14). It is not used in sequential streams.

In the output, we also clearly see that all operations take place in the main thread. Which is expected for sequential synchronous stream processing.

In a parallel stream, accumulation operations can be performed in different threads. Those partial results are later combined using lambda expression passed as the third argument (a combiner) in a reduce method.

Let’s take a look at the diagnostic messages emitted during a sample execution with parallel stream.

One important note here. The output is from the correctly implemented reduction operation (presented at the end of the blog post) rather than the version above to make the whole thing easier to grasp.

Let’s analyze it line by line.

In the first 2 lines:

the accumulation operation is performed in parallel on the two first elements on the list. In the forth line those partial results are combined into a larger list:

The same situation, for the rest of the items, takes place in the line 3, 5 and 6.

And the end, two partial result: ‘12’ and ‘34’ are combined together to provide the final result:

Do you have - after logging at the listings - any suspicious what could be wrong with the original implementation? With the debug statements it much easier to spot it.

Let’s recall the widespread (broken when running in parallel) implementation once more:

together with its debug enhanced variant:

The output from the parallel processing execution:

The strange things start to happen from the first line. Instead of having an empty accumulator (the “acc” variable) there is “3”. In the second line there is already “342” (still instead of an empty StringBuilder). We discover empty accumulator in the 3rd line, which anyway could be the 1st line (it is a matter of logging operations from multiple threads - they were executed at “the same moment”). Nonetheless, all the first 4 lines should have the accumulator empty. It clearly shows there is a problem with a mutable data structure shared across the threads, in both accumulation and combining phrases.

A look at the StringBuilder documentation ensures us that “append” adds a provided value to the StringBuilder and returns its instance (aka this). Mutating input variables is not recommended in the stream processing, however the root of the problem is a fact that initial “neutral” value (identity) passes to every initial accumulation operation is one and the same StringBuilder instance. It is passed as the first element of the “reduce” method execution.

Someone could say: “let’s use StringBuffer - its operations are thread safe”. However, it will not fix the situation here. Having multiple threads operating on the same structure (even thread safe) is also broken assuming that all initial operations assumes a private accumulator instance to create an independent list of elements which will be concatenated into the biggest one in the following steps.

With StringBuffer and string concatenation the only required modification is not mutating the input objects:

In every iteration the new StringBuilder instance is created. Thanks to that there is no mutation of the initial identity element shared across threads. In general mutation of the stream elements (or doing side effects in general) can lead to some unpredictable situations, especially in the parallel execution.

The above change solves the problem (at the cost of greatly increased number of created objects, but let’s skip it for a moment). Unfortunately, many structures, especially those from Java Collection Framework which remembers Java 1.2 (releases 1998 - over 20 years ago!), does not provide so friendly API to perform operations with the method chaining syntax/approach.

Let’s take a look at the (artificial) working example of using the java.util.List API in a reduce operation simulating mapping to double every element of the input list:

True one-liners with a method chaining would make this code more readable.

Please note that the aforementioned logic (doubling list elements) can be implemented easily in native operations available in Java 8+. However, the reduce operation has its own usages and that example emphatically depicts and limitation of the collection API.

In addition to more verbose syntax, Java collections are in general mutable. This makes it harder (more error prone) to use them in (to share the instance between) multiple threads. Thread safety for collections might help, but as I already mentioned in that case it will not (as the initial empty collection is distributed across diffrent threads). However, in some more functional languages such as Scala, not to mention Haskel, it is quite popular to use immutable collections.

They typically has the “first” element, called head and the rest called tail. Adding a new element before head is cheap as the new head can share the old one as tail (which is immutable, remember?). Of course, in some other use cases (such as putting elements between other elements) they cannot keep up with a classic mutable counterparts. and it can be used in different use cases. Nevertheless, it might be an alternative worth consideration. For Java, there is - among others - the collections API in Vavr .

To deal with cases where mutable operation are much more memory/CPU effective a dedicated Collector can be written which realizes mutable reduction operation . More info about writing a custom Collector can be found in this interesting blog post by Tomasz Nurkiewicz.

I hope that you were hard enough to get with me to the end of this (quite long and quite low level) blog post :-).

Using this example with reduce, I wanted to show one of the possible problems while dealing with parallel execution and its explaination. It is not a bug in JDK, but rather a presumption in the (parallel) stream API which - as I observe during my testing classes - are not emphasised enough to be common knowledge. It is good to know your tools and use it properly, as well as extend ones awareness about new and alternative solutions. And remember, state mutation is problematic. Prefer immutable data structures if only possible (and feasible). 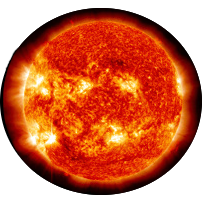